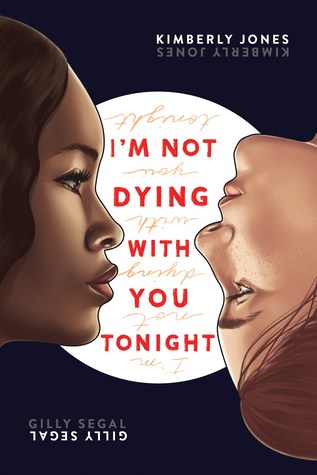 (Thanks to Netgalley & Sourcebooks Fire, I received an eARC)

Lena has her killer style, her awesome boyfriend, and a plan. She knows she’s going to make it big. Campbell, on the other hand, is just trying to keep her head down and get through the year at her new school.

When both girls attend the Friday-night football game, what neither expects is for everything to descend into sudden mass chaos. Chaos born from violence and hate. Chaos that unexpectedly throws them together.

They aren’t friends. They hardly understand the other’s point of view. But none of that matters when the city is up in flames, and they only have each other to rely on if they’re going to survive the night.

I expected this book to be extremely hard hitting, so I was surprised at the very beginning when I was under the illusion that it might not be as rough as I was thinking. Let’s just say I was in the right state of mind expecting hard hitting, chaotic, story of survival. The fact that the whole book only took place in a span of hours was a great idea, since it could be very detailed. At some points I felt like it dragged just a bit, but I was fine with it.

I disliked Lena’s character from the very beginning, I found her obnoxious and frustrating, luckily she completely redeemed herself in my eyes. Campbell on the other hand annoyed my with how naive she was, which was a complete contrast to Lena. While both were not the best characters in my eyes they definitely changed perspectives throughout the night, and seemed to grow a lot.

Overall I thought this would be like a few other books I’ve read within the past few years, which will remain unnamed. I didn’t think this held up to those, but it was still a hard hitting read, with so much character devleopment. If you are on the fence with this one, I would for sure say give it a go.

2 thoughts on “BOOK REVIEW: I’M NOT DYING WITH YOU TONIGHT BY KIMBERLY JONES AND GILLY SEGAL”

Hey there! I'm Kris and this is where I talk about books! View all posts by bostonbookreader